Fireflies in the US this summer

Fireflies are the bugs that does not bug people! It is one happy bug that makes people smile ear to ear. They are usually found in humid areas near ponds, lakes, rivers and in short, moist places. But what’s interesting about fireflies is that they do not need a lot of water for survival, in fact, a small river stream or a pond suits perfectly for fireflies during their mating season. They are usually found around these water bodies where the land, most probably fields or forests, meets the water.

Now, coming to the important question, where can you find these lightning bugs or fireflies that will leave you mesmerised during the twilight of the day in America?

The perfect months to enjoy the fireflies glowing in the dark are May and June. In order to mate, as these months are the mating season for fireflies, the males glow for a few seconds in unison to send a signal to the females and then go dark. Similarly, as a response to the males, the females glow for a few seconds being going dark. The Great Smoky Mountains National Park, Tennessee is one such spot to go looking for fireflies. This spot is so famous for fireflies that people enter a lottery to win a spot to viewing this beautiful phenomenon. 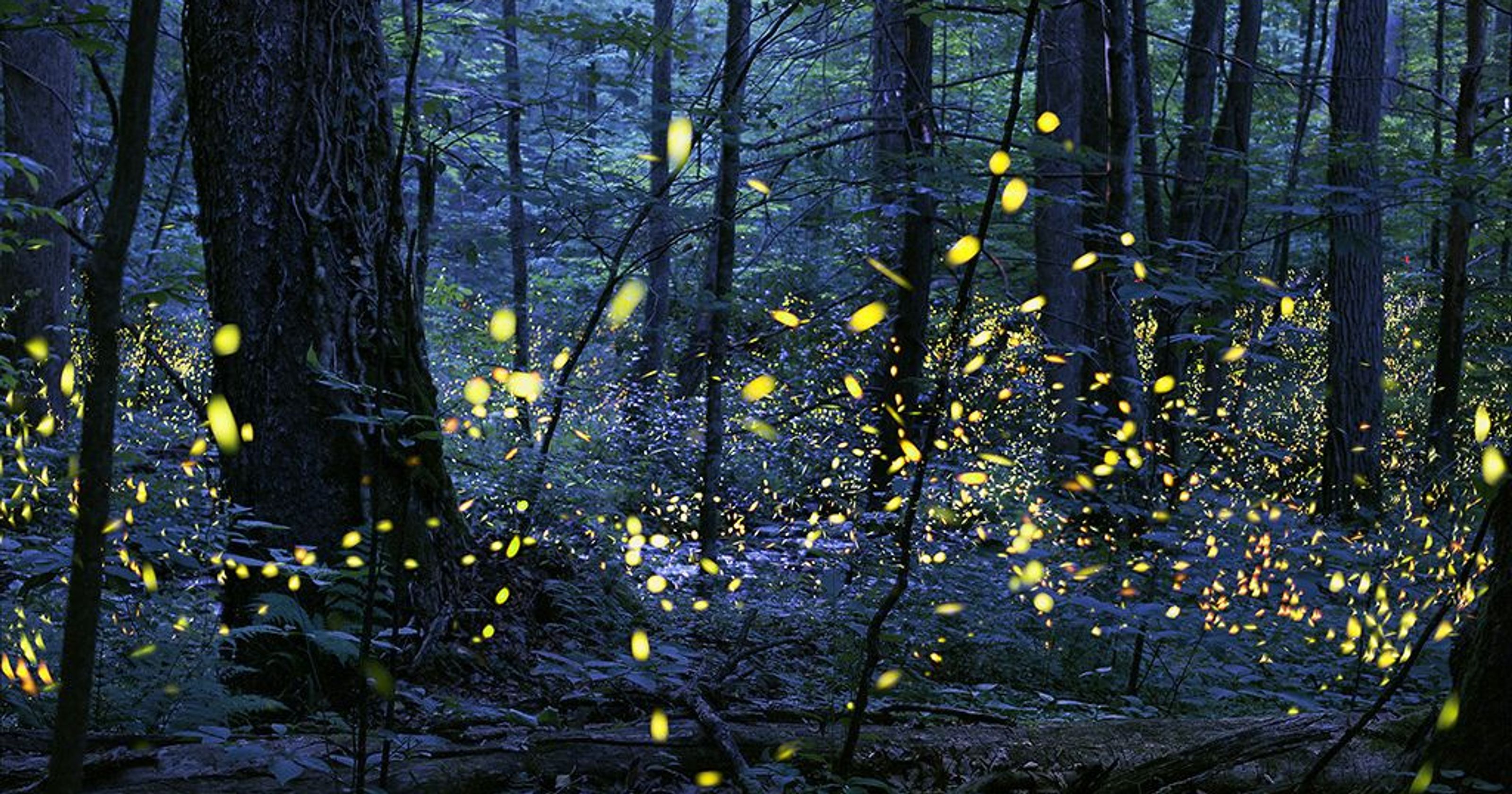 Another place which is more inclusive of everyone is, Congaree National Park, South Carolina. The best part about this park is that you do not have to reserve a parking spot in advance and there is no admission fee to the park. People from all over the world come to visit this park to see the fireflies. Here you can see them till June 14th. 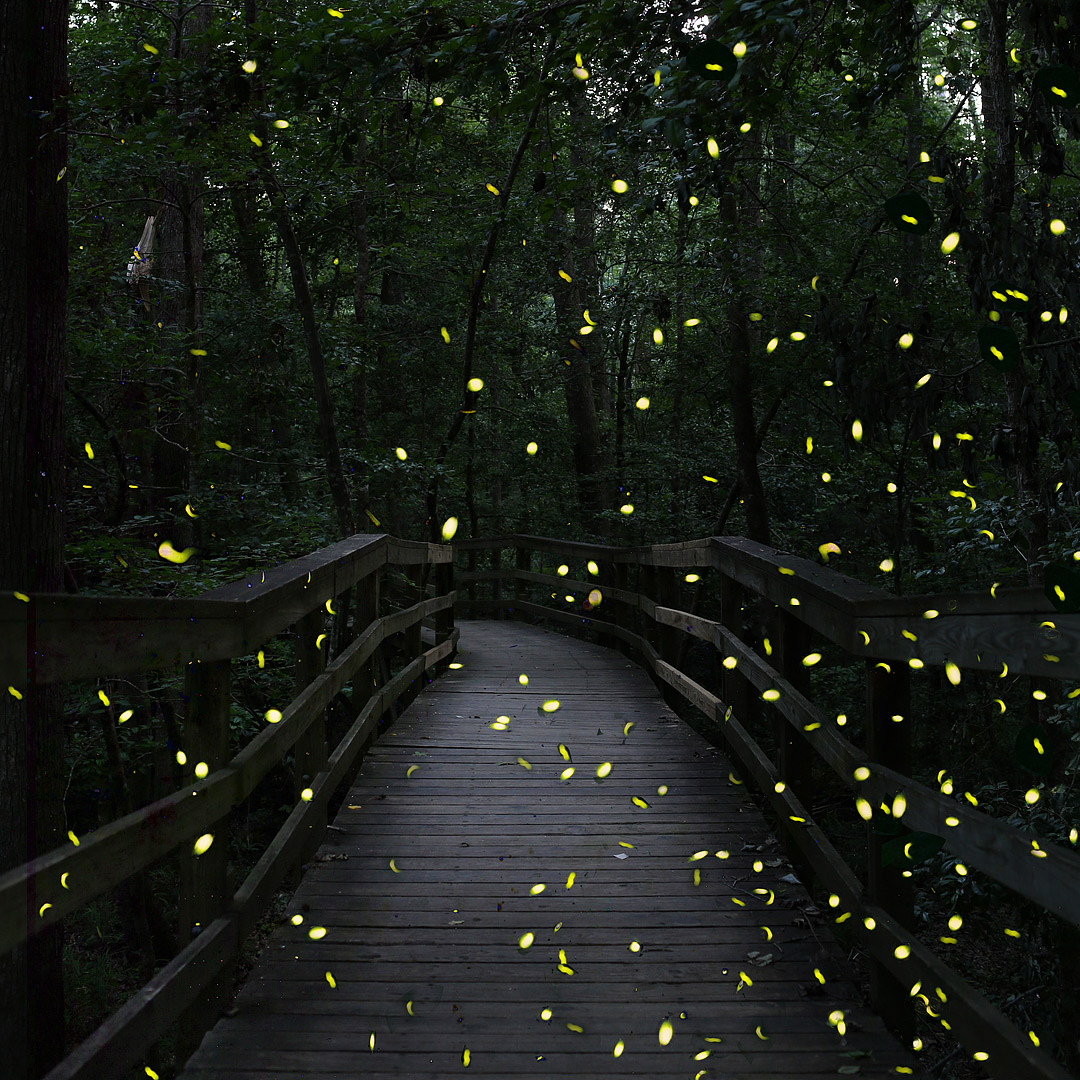 Allegheny National Park, Pennsylvania is yet another spot that was discovered recently in 2012 where scientists found a synchronous species of fireflies. Since then, a yearly event is organised every year on the fourth Saturday of June. The admission to this fest is free of cost and this year it’s going to be on 25 June. Usually, there is live music, exhibitions, arts and crafts, food and drinks and most importantly, the fireflies! 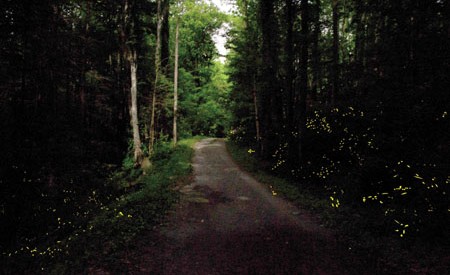 Also, Blue Spring State Park in Florida attracts fireflies because of its humid atmosphere. The perfect time to visit this state park to see the dance of the fireflies is March and April. The visitors do however need a special pass to stay beyond dusk to see the fireflies. 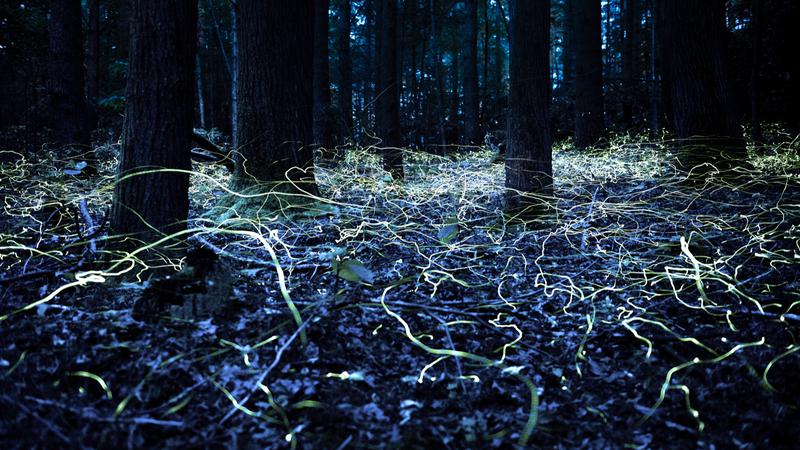 These beautiful creatures leave a mark on your minds forever, it is an experience that everyone should experience at least once in their lifetime!