To Americans, Cali is a mysterious, yet familiar place that is the revolving point of some of the biggest events in the nation. For foreigners, it’s a distant land that garners much attention and awe.

Thus, it’s a popular travel destination for both in and out of country travelers.

Some of the appeals of the large state include its location on the West coast, with some of the best beaches in the U.S sprawling the big state’s seaboard. Also, the weather is as close to perfect as you’ll find anywhere near, with a perfect balance of hot sunny summers, breezy autumns, not-too-cold winters and bright, beautiful springs.

So on paper, it seems like there would never be a bad time to visit California, but if it’s a special once-in-a-lifetime type trip, then you’ll want every last detail to be perfect.

To find the ideal time for you, you have to ask yourself what you would be doing there.

If you’re there to visit the iconic beaches, late summer is the best. Some might think that the best time would be in the peak summer months like June and July, but August actually has the warmest average of ocean temperatures, perfect if you’re looking to catch some waves, go for a swim, or simply dip your toes in the Pacific. 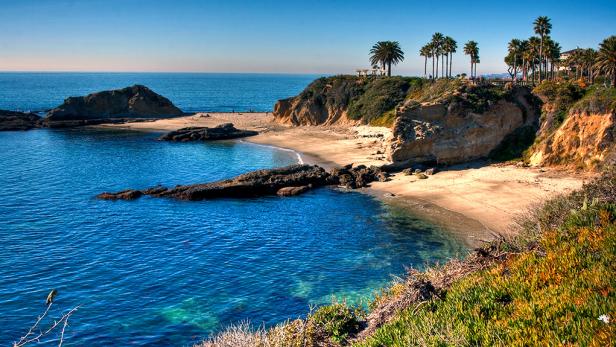 If Beaches aren’t your style, there are plenty of big cities like San Diego, Los Angeles, Sacramento, Anaheim and so many more to be discovered. To avoid overly hot heat and rambunctious crowds, fall is your best bet. As mentioned previously, California has nice summers that run long, well into September and even October on occasion. These months will still provide you with that coveted Cali sun while adding a nice autumn breeze and the convenience of less people near you. This goes for other events in CA like sporting events, outdoor concerts and theme parks like Disneyland.

Outdoors enthusiast looking to travel there for hiking, biking or something similar, should try fall as well, but the late spring months of April and May also provide a nice alternative, you’ll just be substituting the wind for a few more clouds.

I if you’re a bit of a do it all, and want to get the whole Californian experience, the best month is September overall. A late summer month wherein the kids are returning to school, meaning less family vacations for a smaller tourist count, and the summer weather is fading, but still has enough warm rays to go around.

Again, you can’t really go wrong with a California trip at any time, but September is the all-embracing favorite for best time to do so.